The ticket allows you to visit also the Doge’s Palace, the Correr Museum and the Biblioteca Marciana. 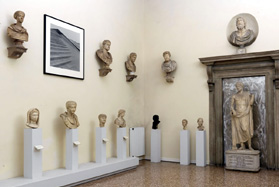 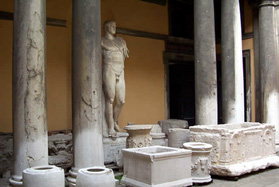 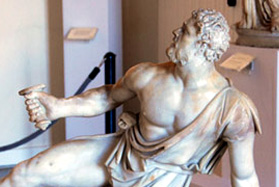 A bit of history of the Archaeological Museum

The National Archaeological Museum was established in 1523 by Cardinal Domenico Grimani who left as an inheritance to the Republic of Venice a group of ancient sculptures from his private collection. Most of these works came from a vineyard near the Quirinale in Rome, where the cardinal built his own house.

His nephew Giovanni Grimani dedicated himself from the year 1563 to the expansion and decoration of the corridors of the mansion with the goal of creating an ideal setting for the exhibition of his collection. This collection was housed on the first floor of the building and consisted of almost 200 Greek and Roman sculptures that were placed in the central hall. The collection includes Roman sculptures belonging to his family, a group of marbles from the area of the continental Venice and the coast of Istria as well as some ancient sculptures of Greece. In 1587 this collection was donated to the Republic of Venice and later it was dictated that all the marbles belonging to the Grimani were housed in the entrance room of the Biblioteca Marciana (Marciana Library).

With the death of Grimani, the senators of the Republic commissioned the design and configuration of the collection to Federico Contarini. With the support of the Council of Ten and some grandchildren of the patriarch, some sculptures were abandoned at Grimani Palace while others were transferred to the "Public Sanctuary." The decoration was finished in 1596 thanks to donations from the same Federico Contarini.

Through the years there were numerous donations increasing the collection and in 1811 some statues had to be exhibited in the Doges Palace. During World War I the works housed in the Doges Palace were transferred to Florence until 1919 and 1920 that returned to Venice. During these years they adapted the "Procuratie Nuove" where they have remained for years and artistic currents until our days.

What is the Archaeological Museum nowadays?

The National Archaeological Museum of Venice is located next to the Correr Museum and the Marciana Library. It is located in St. Mark Square and is home to an important collection of ancient sculptures. It has several original Greek, bronze, ceramic, jewels and coins, as well as the archaeological collection given by the Correr Museum containing Egyptian and Assyrian and Babylonian antiquities. This museum is of a collector nature and includes a complete collection of works of the 16th century acquired by well-known Venetian families.

Curiosities of the Archaeological Museum

Did you know that the recent donation (1982) of Ligabue pre-protohistoric bronzes and other objects from the Venetian region have further enriched the heritage of the National Archaeological Museum? The Archaeological Museum has been introduced in the Marciano tour, which includes the Correr Museum and the monumental rooms of the Biblioteca Marciana (Marciana Library).

Why visit the Archaeological Museum?

This is a museum that tells the story of a city of art and its collections donated over the years. Not so long ago, Carlo Anti between 1923 and 1926 carried out the exhibition of the works of the Archaeological Museum that was enlarged by Bruna Forlati between 1949 and 1954 after the donation of the archaeological collections of Theodore Correr in 1939. In 1961 this museum was further enriched after the post-war Italy-Yugoslavia accords with the collections of ceramics, glass and jewels of the Museum of S. Donato of Zara.

How to visit the Archeological Museum?

A few steps from the National Archaeological Museum of Venice we find the Doges Palace, which was at the same time the official residence of the Doges, the base of government and the courthouse. The current building of the Doges Palace was a re-construction of the 14th century and from the beginning of the 15th century, here we can clearly see the combination of Gothic and Byzantine elements. The building was expanded in the 18th century to house the prisons that were on the other side of the canal and joined by the well-known Bridge of Sighs.

The Bridge of Sighs was built in Baroque style during the 17th century and offers access to the palaces prison. It acquires its name because it was the way that the convicted to death followed and that from their windows they could see for the last time the Lagoon of Venice. 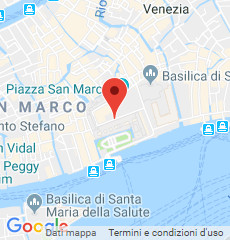