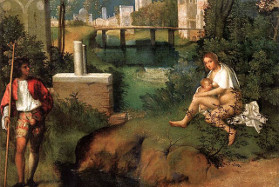 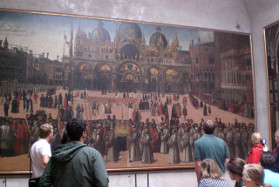 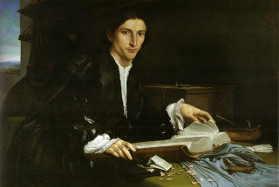 A bit of history of the Accademia Gallery of Venice

The Accademia Gallery of Venice was born in 1750, when the Venetian Republic decided to give the city an Academy of painters and sculptors. The first director was the painter Giovanni Battista Piazzetta and was in the building of the "Fonteghetto della Farina" which is currently the Captaincy of the Port, shortly before reaching the Pier of San Marco. At first, it collected the works done by the students of the Academy.

Here merged many works of churches and suppressed convents, in addition to those already possessed. Between 1816 and 1856 the Accademia Galleries were enriched with the collections of Molin, Contarini, Renier and Manfrin, who enriched these wonderful galleries with indisputable masterpieces of Italian art. After the treaty of San Germano of 1919, other works from Austria were added to the museum, as well as those acquired by the Italian State thanks to the interest of its directors.

The Accademia Gallery became independent of the Academy of Fine Arts of Venice in 1879 and, like other state museums throughout Italy, it was registered in the "Ministero per i Beni e le Attività Culturali", the Italian Ministry of Cultural Heritage.

What is the Accademia Gallery of Venice nowadays?

The Accademia Gallery is located on the south bank of the Grand Canal, in the Dorsoduro neighborhood, at the foot of the Academy Bridge. In the early 18th century, while Venice was a thriving community of artists, painters were members of an artisan union and unlike other large cities there was no art academy. Its foundation was realized in December of 1766 when the Senate ordered the construction of an Academy of sculpture, painting and civil architecture, similar to those of the main cities of Italy and Europe.

Currently the museum houses a rich collection of Venetian paintings ranging from the Byzantine to the Gothic until reaching Renaissance artists, Bellini, Carpaccio, Giorgione, Veronese, Tintoretto and Tiziano to Giambattista Tiepolo and the 1600's Canaletto vedutisti, Guardi, Bellotto, Longhi; all of them artists who influenced the history of European painting.

Curiosities of the Accademia Gallery of Venice

Did you know that the Vitruvian Man has been in the Accademia Gallery of Venice since 1822?

This work belonged to the Milanese Cardinal Cesare Monti until 1784 along with other 16 drawings attributed to Leonardo da Vinci. Giuseppe Bossi, painter and writer as well as secretary of the Brera Academy in Milan, paid in 1807 a large sum of money to buy them and continued throughout his life to collect the drawings of this great Florentine artist. With his death in 1818, the Austrian government bought the whole collection of drawings, about 1,800 pieces and assigned them to the Academy of Fine Arts of Venice, newly created (1807) and eager of important pieces. The Vitruvian Man is exposed in this way in the "Sala delle Riduzioni Accademiche", available to young students.

Why visit the Accademia Gallery of Venice?

The Accademia Gallery of Venice is an essential visit for painting enthusiasts; it is the most important museum that you can visit during your stay in Venice.

The Academy was intended to bring together under one roof all the works of art that were scattered throughout Venice. The collection has increased over time thanks to private donations and acquisitions, so currently has more than 800 paintings from 1200 to the 18th century.

How to visit the Accademia Gallery of Venice?

To visit the Academy Gallery of Venice you can buy your ticket online or, for those who want a more detailed visit, you can book a private tour of the Accademia, including without a problem, a visit to the historic city center.

Very close to the Accademia Gallery of Venice is the well-known St. Mark Square (Piazza San Marco), the heart of Venice, with its 180 meters long by 70 meters wide, is the only square in Venice of this size and beauty. St. Mark's Square is one of the most beautiful squares in the world and has several buildings facing the square, including the Basilica of San Marco, the Doges Palace, the Correr Museum, the Bell Tower of the basilica and the Torre dell'Orologio (Clock tower).

At night and good season, the square is full of life and you can have fun just walking among the famous cafes with live music. A square defined by Napoleon Bonaparte as "The Most Beautiful Hall of Europe". 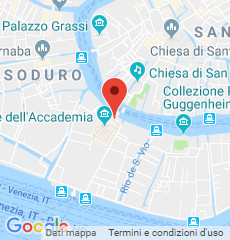